script async src="//pagead2.googlesyndication.com/pagead/js/adsbygoogle.js">
Home Dragon Gaming The Case for Microtransactions: Looking at both Sides of the Coin
Dragon Gaming

The Case for Microtransactions: Looking at both Sides of the Coin

As the world of video games evolves over time, video game companies are trying to find more and more ways to soak up every single dollar they can from the video game industry. The video game industry is massive and one that is seeing hundreds of thousands of new gamers each and every day. As new consoles and games are being released, companies are trying to find other strategies to make extra money off of each individual transaction. Microtransactions are extra “non-essential” purchases one can make in a video game and for the past five years have become a rather large economy in the world of video games one that has caused a lot of controversy among the video game community. Some microtransactions come in the form of loot boxes, in which a player spends real-life currency to purchase an item that provides a chance at either a common, uncommon, rare and legendary and/or event item. Some microtransactions are only cosmetic as found in the game Overwatch where these loot boxes became quite popular.

I will be going over how I think microtransactions can be done right as well as how they are done wrong so that you, the reader, can see both sides of the argument. I will say that I myself am not a fan of microtransactions in any game, but yet with the economy being so large and companies making millions off of them, I don’t expect and highly doubt that the microtransaction economy will ever fall.

I’m sure you’re thinking to yourself “How exactly can microtransactions be done right?” This is actually something I have thought about myself. Microtransactions remind me of when DLC became an issue for gamers and although I still am not a fan of Day-1 DLC, or content that is already on the disc, but you have to pay extra upon the games release to unlock it, DLC has pretty much become an accepted form of a transaction. So, how do we get there with microtransactions?  How exactly can we make an economy that gamers in essence started by giving their money become better and more acceptable in the gaming community?

Loot Boxes in Overwatch are not as in-your-face as that of many other games.

I find this answer to be rather simple. Balance out the microtransactions to where they do not seem necessary to unlock particular items and not make people feel so forced or pressured into spending their money. Games like Madden, FIFA and NBA 2K are prime examples of how you are made to feel pressured into spending money to not make you feel like you are behind everyone else. Make the grind in those games, particularly in NBA 2K not feel as much of a grind and the microtransactions more of a buffer. For instance, in NBA 2K19 MyCareer you really don’t earn as much VC, the games notoriously known microtransaction to increase your stats, so the grind to leveling up seems long. Albeit, NBA2K19 does have another currency, MyPoints, that are basically the same as XP in an RPG and you have to have VC to purchase your ability points. Granted, NBA 2K19 tries it’s best to use the MyPoints to force you to have to actually play to level up, but there has to be some sort of balance so that players do not have to feel like they have to use their money.

If you want microtransactions done properly, look no further than Overwatch. Overwatch keeps it pretty simple, every time you level up, you unlock a loot box. You can also earn loot boxes by completing certain tasks in the game’s Arcade Mode with various challenges that will also earn you a loot box. Nothing feels forced or in your face, which is another way to get microtransactions right, stop making them feel so forced and so much so that you feel like you cannot win or be good at a game without them. I personally believe that the best form of microtransactions come in the form of cosmetics. Cosmetics, like those in Overwatch, are items that provide the player no bonuses, buffs or any other gameplay advantages whatsoever and are merely just ones that change the appearance of your character or avatar. These typically only come down to the grind to unlocking them. I believe that by making people do fair, yet difficult challenges that do not feel impossible and yet if they still want to pay for them, they can, but make the price a bit high but not feel too out of reach to cater to whales, or gamers that have deep pockets of money.

By balancing out the ability to still unlock content and yet giving players a way to also pay for items, I firmly believe that this is one way to help make everyone happy. However, this can be a very daunting task which I will explain in this next section.

This section is going to be one that will probably be the easiest topic I have ever written about on the site. There are so, so many ways that video game companies get microtransactions wrong and are the very reason that they are not widely accepted yet in the video game world. Now, who would I be if I didn’t bring up the most infamous video game company known for trying to gobble up as much money as possible from people, Electronic Arts. If you are unfamiliar with them, a quick Google search of “EA Microtransactions” will provide a slew of reasons as to why they are as infamously known for such acts. A majority of their games have multiple currencies, take Madden 20 for instance, there are training points, trophies, gold, and even Madden points, all of which are used as currency in the game and it can become rather complicated if you are unfamiliar with this kind of game style. Madden Ultimate Team is a mode where can you do missions to earn gold, most of which at a very low earn rate, to help you be able to buy packs, which let’s be honest, you really cannot even earn that much gold unless you play competitively online. 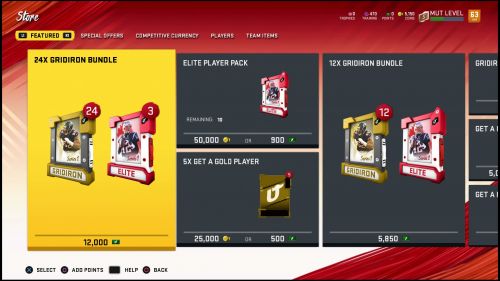 The absolute best example of microtransactions done wrong is when they involve trying to mix in microtransactions with competitive online play. Take Madden yet once again. A prime example of if you really want the best team then you better be able to pony up the money. New packs are always coming out each week for players to purchase and sure, you could spend an entire day trying to earn enough coin for certain packs, but not all packs or even pack deals are able to be purchased with the in-game gold that you can earn. Certain pack deals are only able to be purchased with Madden Points which one has to purchase using their debit or credit card. Now, if the matchmaking system was fair, this might not be a big deal, but Madden has never really fixed this and thus, you might try to be a “straight edge” non-microtransaction purchaser, but you could very well see yourself matched up against a whale that has dropped $200 on packs to have a better team. Don’t get me wrong, the packs are random and nothing is guaranteed, however, when you don’t have to worry about the kind of money you spend, you’ll more often than not have to worry about getting good players. 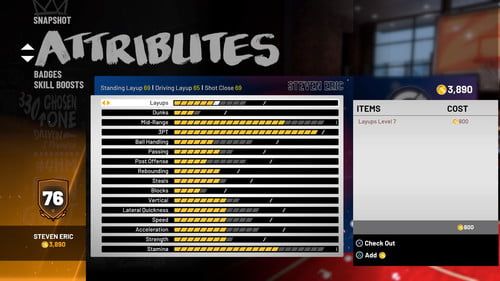 The NBA 2K series has become infamous for using currency to level up and the grind is rather lengthy forcing players hand to spend money on Virtual Currency.

Microtransactions shouldn’t ever make any single player feel that they cannot play a game naturally and involved without having to deposit their own cash in their bank account just to have an advantage or even be able to purchase that really amazing cosmetic that they want. I myself would love to see a decline in any and all microtransactions and go back to the days of when you have to actually have the skill to unlock items and wore those items as a badge of honor for completing a task. Maybe one day we will see more companies do the right thing and try to work more with the gaming community to see how both sides can ultimately, win.

The post The Case for Microtransactions: Looking at both Sides of the Coin appeared first on Dragon Blogger Technology.

Help an AI Pretend to Be Human in ‘Speaking Simulator’