The Joker is easily the top villain DC has ever produced, and is also superior to pretty much all of Marvel’s villains as well, making him perhaps the greatest supervillain to have ever been made. With the latest Joker film now out, it’s only logical to check out the history behind this character.

RELATED: Birds of Prey: 10 Mistakes From Suicide Squad The Film Needs To Avoid

There have been over two dozen Joker actors portrayed in a variety of mediums such as film, television, and video gaming, with most of these portrayals being one-time offerings. For this reason, it wouldn’t make sense to judge an actor for a singular performance, which is why we’ve narrowed the animation actors down to those who were the very best and were in major noteworthy films. Also, only those actors who were identified as the Joker have been included, ruling out Gotham’s version.

The biggest mistake Leto made was to overact as the Joker, to the point that he apparently was in character during filming as well. He didn’t bring anything of his own to the performance, where far better Joker actors have injected something personal in their portrayals.

Jared instead acted like a total goof, who took to flailing around looking like he needed to go to the bathroom rather than come across as a threat. While he didn’t do everything wrong, there’s no doubt he’s the weakest Joker we’ve had in mainstream media.

Being a Joker that was meant for children, Zach’s version was what it was intended to be. Kids might have seen him as someone unhinged, but this Joker was clearly an actual joke rather than a scary one.

Still, at least Zach accomplished in his goal at making a light-hearted Joker for the Lego universe, and we should make note of that. However, there’s no way this version can be ranked high due to it lacking all of the scary bits that makes the character who he is.

Emerson, better known from the series Lost, played the Joker in two Batman films, with his character being one of the most subtly scary versions. He didn’t go all out manic as the Joker is known for, but carried an aura of menace.

RELATED: 5 Relationships In The DCEU Fans Were Behind (& 5 They Rejected)

While it was a good interpretation that was something unique, this Joker really was far too “nice” to make for a close liking for the one we’re aware of. Perhaps, had Michael played the role for a few more movies, we might have gotten under the skin of this version, but he made us long for the traditional Joker a bit during his portrayal.

John was seen in two Batman movies, and Under the Red Hood was easily one of the most successful stints for any Joker actor, with John’s version taking out Robin and creating the Red Hood.

The one thing that didn’t go for John was something that was out of his hand, which was that his voice sounded much too deep for a crazy guy like Joker. Other than that, he should be given credit for making his version seem like an intimidating individual, one who took time in creating fear through pause. Another criticism would be that his laugh seemed too controlled rather than letting it screech.

A fine successor to Mark Hamill for a time, Troy Baker displayed amazing range by diving into another range of vocal performance to sound nothing like he usually does; this made his Joker one who gave off the sneaky vibe, a person who can get under one’s skin.

RELATED: 10 DC Logic Memes That Are Too Hilarious For Words

The drawback over this, though, was that he sounded too much like Mark’s version, making Troy’s Joker hard to differentiate as his own. Still, his Joker laugh his second to none, and makes one shiver if not ready to hear it. Another thing not in his favor is the fact that he didn’t appear too often as the character, which doesn’t give us enough to be attached to him in the role.

After Leto’s rather unmemorable performance, Joaquin Phoenix has brought new life to this character, bringing the sympathy card to the Joker for perhaps the first time. His interpretation has seen him be humane enough for the viewer to relate to him on some level.

He’s not ranked the highest due to his version not being the total off-the-wall crazy, with his calmer attitude something that won’t fill up Joker’s highlight reels as much. Still, it’s a huge feat he achieved by making the Joker someone we don’t see as completely evil for once.

If you want the full-on gangster version of the Joker, then look no further than Jack Nicholson, who made the character appear as a mob boss with a taste for twisted pleasures. Jack also had a number of very well-timed quotes working for him, making him a hit for future audiences to follow.

He misses out on the top-3 only because he didn’t have that one tick of the Joker, where it appeared as if he was aware when to tap into the crazy and when to be the evil genius. Jack’s version could have worked even without the make-up, which ultimately costs him a few points. But there’s still the fact that he made us remember never to rub another man’s rhubarb.

Some criticize Cesar for being too over-the-top, but these people are missing the point that the Joker was originally meant to be all kinds of campy. The Joker’s evolution into being more diabolical than crazy is relatively new, so Cesar played it perfectly more than half a century ago.

He also had the Joker laugh perfected, with his antics appearing just as insane as one would expect from the Joker, as he would throw around Joker’s deadly play toys one after another. Had Cesar’s version been made in the modern day, he might have been ranked first. Plus, if you check out how Cesar was in real life compared to as the Joker, you’ll see just how drastically he transformed himself. 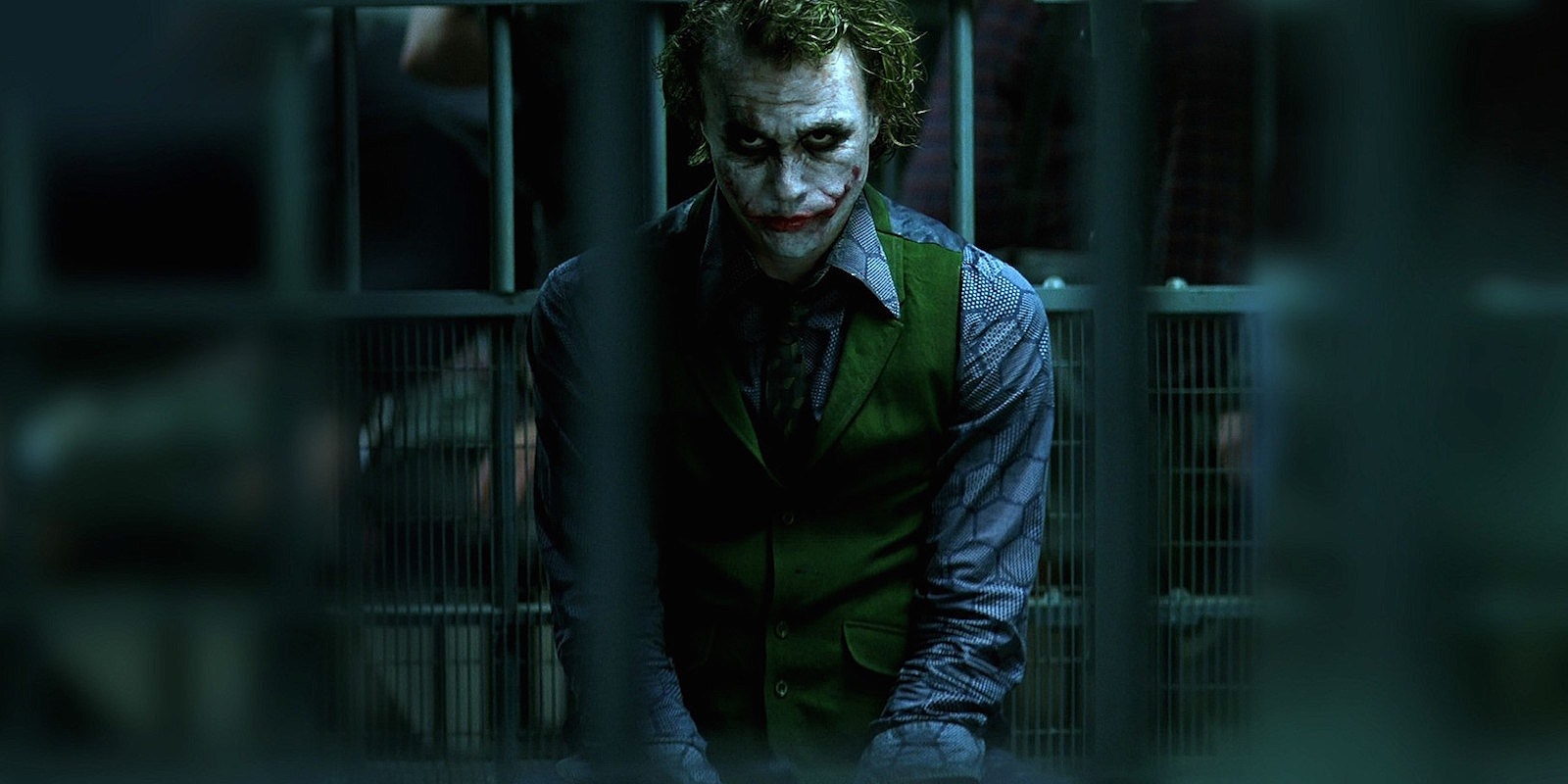 For the generation that watched The Dark Knight as one of their first Batman offerings, there will be nobody better than Heath Ledger in the role. He embodies this person who had zero empathy, a total pleasure for anarchy, and a mean streak that burned everything in his path; the Joker was given a whole new face for us to consider him with.

Somehow, this version doesn’t feel like the same one we know, but that only makes him so much better as we found out there were whole extra sides to his insanity than we knew. You could spend hours dissecting every single tick he brought to the character, with his menacing moments feeling just as daunting as his sickening displays of “comedy.”

Of course, a guy who’s been the Joker for over twenty years has to take first place, and Mark Hamill’s version is the one who’s defined who the character is. He’s even usurped the comic book version with his portrayal, as the DCAU Joker and has every layer you can think of for the character.

He was scarred, he had a deranged sense of glee, he could scare characters like Superman and bring them to his feet – there was absolutely everything accomplished and no stone left unturned with his characterization, and it was all down to Mark’s immaculate performance that conveyed each emotion. Above all, it was the piercing, destructive, and sadistic laugh of his that has meant we can never get the image and voice of this Joker out of our heads.

NEXT: 5 Ways Joker Has Us Excited For The Future Of DC Movies (And 5 Ways It Has Us Worried)

Sons of Anarchy: The 10 Most Shameless Things...